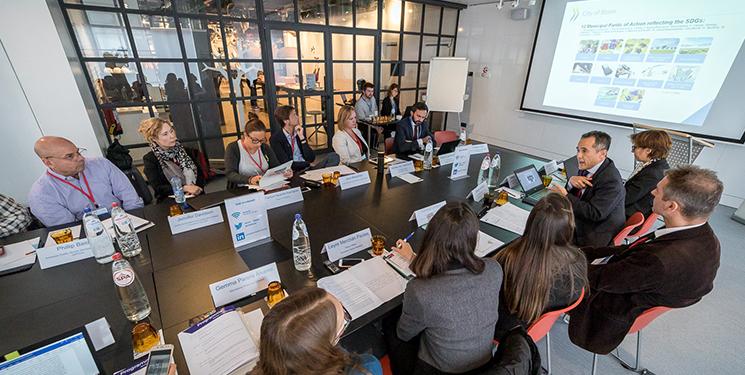 The European Social Network (ESN) Council is composed of 20 national and regional organisations which bring together directors of social services. They are ‘voting’ members and they elect the Board of Trustees. The Council is responsible for ESN's overall direction. The Council meet twice a year.

The Board of Trustees are legally responsible for the governance of ESN. They are responsible for overseeing the management, financing and work of the network and the interest of its members.
The Board nominates Chair, Vice Chair and Honorary Treasurer and may allocate other responsibilities as needed.
The Trustees meet at least four times a year and are in regular communication throughout the year. Trustees do not receive payment for their work on behalf of ESN.

The current composition of the Board of Trustees is:

Alfonso Lara Montero is not a Trustee but acts as its Legal Secretary and works with the Board as Chief executive of ESN.

ESN members are at the core of ESN's work. Members participate in ESN's annual conference, seminars, working groups, training programmes, country visits and other projects. Members are encouraged to contribute to discussions, research or collaboration programmes with other member organisations or European stakeholders, to use the network to make new contacts and contribute good practice exchange, online or at various events. ESN has now more than 140 member organisations in 35 countries.

The ESN Secretariat provides strategic, policy, communications, financial and administrative support to the network. It also provides a range of services to members and manages the network’s relationships with the European Commission and other stakeholders. Meet the team.