A historic opportunity for people in institutional care 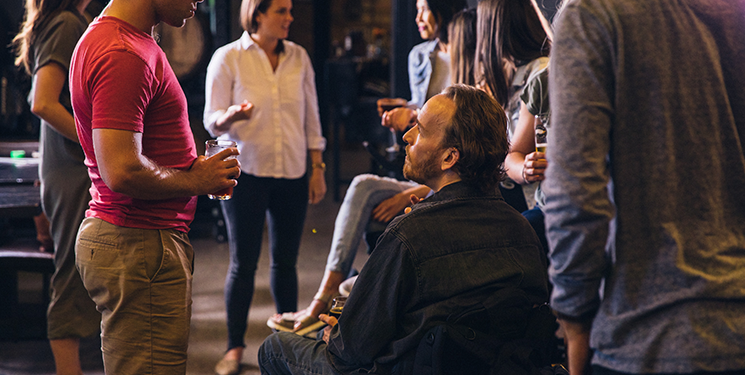 On 30 January, the European Expert Group on the Transition from Institutional to Community-based Care, which is currently co-chaired by the European Social Network (ESN), has released a statement welcoming the recent agreement on EU funds for 2014-20 and outlining its vision about how these funds should be used to promote the transition to community-based care across Europe.

A historic breakthrough in the EU’s legislative landscape

The European Union (EU) is preparing to implement the next 7 years of the Structural and Investment Funding. The framework put in place for this new programming period represents a historic opportunity to protect the rights of Europe’s most excluded people - those living in institutional care. For the first time, the new Regulations for the EU Cohesion Policy investment, adopted last December by the European Council and the European Parliament include specific references to support the “transition from institutional to community-based care”. This represents a commitment that EU Funds will not be used to perpetuate institutionalisation, but to develop the much needed community-based alternatives. This commitment is crucial in the current times of austerity, as Member States can use EU Funds to cover the cost of transition to community-based services. Moreover, with the adoption of the European Code of Conduct on Partnership in the framework of the European Structural and Investment Funds on 7 January, the European Commission issued a strong signal to Member States that any future investments of EU Funds should be planned and implemented in close cooperation with civil society and other stakeholders.

The European Expert Group on the Transition from Institutional to Community-Based Care (EEG) is a broad coalition which brings together stakeholders representing people with care or support needs, as well as service providers, public authorities and intergovernmental organisations. Since 2009, the EEG has advocated for changes in the legislation which would ensure that EU Funds support the reform of the care systems in the Member States, and for a more meaningful involvement of the civil society organisations. The EEG therefore welcomes this historic breakthrough in the EU’s legislative landscape, which should improve the situation of children and adults in institutional care or at risk of institutionalisation and facilitate real effective innovation in the social services sector.

Lasting changes for people with care and support needs.

Hundreds of thousands of children, young people, people with disabilities, people with mental health problems, older people and homeless people are segregated in institutions and suffer the life-long impact of institutionalisation. Alternatives can and must be developed, in line with international human rights treaties, consisting of quality community-based services which respond to the needs of each individual. The EEG has developed Guidelines on the Transition from Institutional to Community-Based Care, which set out the key elements of moving away from institutional care to family-based and community-based alternatives. Together with the Toolkit on the use of EU Funds, they can be used by the Member States and the European Commission to implement and monitor system reforms.

The EEG looks forward to developing partnership with the European Commission and the national governments.

Members of the EEG bring a wealth of experience, research and evidence on managing the transition from institutional to community-based care, based on their work in a number of countries and with a wide range of user groups. With the support of the European Commission, as well as national governments, EEG member organisations at the EU and national level are already playing a key role by facilitating national seminars together with the European Commission on the use of Structural Funds to support the transition to community-based care. The EEG looks forward to further developing this partnership with the national authorities and the EU institutions in the new programming period, to ensure that the potential of the new Regulations to deliver major improvements in the lives of people in institutional care or at risk of institutionalisation is fully realised.

With this objective, we urge the European Commission:

To support this process, the EEG plans to update its Toolkit on the Use of EU Funds with a thorough analysis of the new Regulations from the perspective of the various user groups. Read the latest EU social policy developments regarding the EU’s response to the Covid-19 pandemic. We are looking for a Project Officer to join our team as a project coordinator.