The state of welfare - investment or austerity? 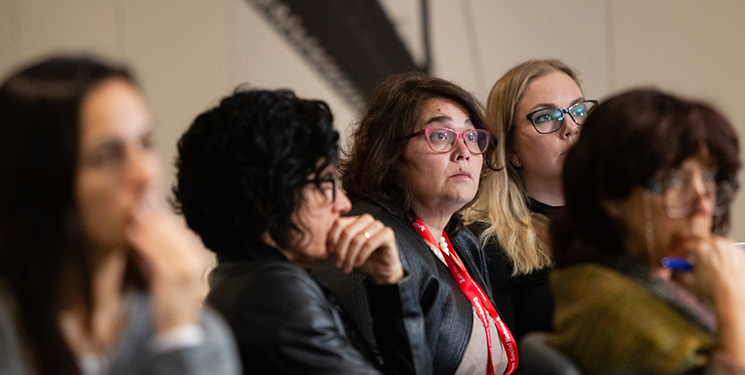 The European Social Network's (ESN) working group on Leadership, Performance and Innovation held its fourth meeting in Brighton on 25-26 March. Group members and guests presented a series of case studies from different parts of Europe concerning the state of social services management and welfare today. The group also reflected on the future of welfare in light of rising demand and budgetary pressures.

Guido Kläser is director of social services, health and housing in the City of Erfurt in Germany. He argued for integrated social area planning as a strategy for managing resources well: this would allow him to identify people’s needs in each district of the city and put services in place to respond to those needs. He stressed the need to support volunteers in providing support to groups such as dependent older people, those with a mental illness and migrants. He also mapped out the different service providers of welfare, social care, health and housing from the public and non-profit sectors.

Jukka Lindberg is in charge of social care and health purchasing in the Municipality of Hameenlinna in central Finland. He described major changes to his local authority over the last five years, as purchasing and provision was split and several smaller municipalities merged into one. Jukka noted that care settings have different daily costs per person: hospital 260€; residential home 160€; and sheltered housing 130€. He also reported an excessive use of hospital and residential care for dependent older people and described the shift towards greater care at home and use of sheltered housing as a strategy to contain costs.

Bruno Marcato from the Social Services Agency in Municipality of Bolzano, Italy reported that social services had been increasingly regionalised in Italy since 2000. Whilst many regions have developed interesting models, others have not invested at all in social welfare and there is now a serious divide in the level of provision: Trento in the North spends 280.5€ per inhabitant, whilst southern Calabria only spends 30€ per inhabitant, against the Italian average of 110€. The central government is cutting its grants to regions dramatically. Bruno’s own city of Bolzano is located in one of the richest regions with the highest social spending per capita. However, his social services agency manages its resources carefully to meet its goals through the Balanced Score Card model.

Regional spending on social services in different Italian regions
Northern Italy to the left and Southern Italy to the right. The value is the cost in € per inhabitant. Some of these resources come from the municipalities, others are measures against poverty which are directly managed by the regions.

Carlos Santos Guerrero from the Autonomous Region of Galicia in Spain reported that the crisis has started to make an impact in Galicia in Northern Spain in the second half of 2009, but it became harsher from 2010 onwards. Many more people with higher needs came to the services, including new users who had never before had contact. At the same time, budget cuts were so swift and severe that there was no time to reorganise services and adapt to circumstances. There were different impacts in different areas: social benefits budgets have been maintained and global dependency budget preserved (with some reductions), but social support and social accompaniment programmes were seriously reduced. Carlos pointed to current strengths, including good skills and attitudes among the staff, but also some aspects to be improved, notably strategic planning, greater use of ICT and coordination across different levels of administrations.

The Slovenian case study by Miran Kerin, President of the Association of Centres for Social Work in Slovenia focused on the recent reform to make the centres for social work one-stop-shops for all state benefits and social services. Further reforms are now being considered whereby the number of centres would be reduced, so that each centre covers a comparable population size spread over several municipalities. A regional centre would then offer specialist services, whilst local centres would be more generalist.

Finally, Michaela Sopová, Head of Social Affairs in Bratislava Self-Governing Region, presented a case study on Slovakia. She drew attention to a health-social care divide, whereby insurance-funded health care is free at point of use, but social care is means-tested. The main reform due to go ahead in the Bratislava region is the transition from institutional to community care. This transition still faces opposition in some regions of Slovakia.

The experiences from these six case studies are quite diverse, depending on the state of the economy, ageing trends, the level of service development and the structure and responsibilities of regional and local government. There are clear divergences not only between countries, but also within them. In parts of Germany, it has been possible to step up investment in social services because the economy has been doing well. In Finland, economic pressures have combined with population ageing to necessitate structural reforms and service redesign from an already high level of investment. Italy still faces a dramatic north-south divide in welfare, social and health services, now worsened by a rapid reduction of state subsidies to regions. Demand for welfare has grown rapidly in Spain since the crisis due to job losses and household debt and the system of social care provision (dependency law) has been scaled back. Slovakia still finds itself in the process of shifting from institutional to community care, whilst Slovenia is rationalising its welfare provision.