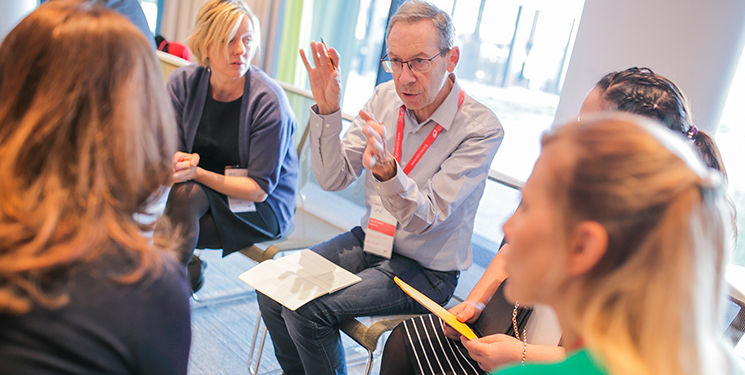 The Only European Network of Public Authorities in Social Services

The origins of the Network go back to 1992, when the first European Social Services Conference took place. Then, a group of directors in public social services from across Europe met to discuss the most pressing social services issues that they were facing in their municipalities with the aim to exchange knowledge and bring back ideas that they could implement at home.

ESN was established as a charity and company in the UK in 1999, and since then it has had a special relationship with the European Commission. ESN partnered with the Commission to deliver projects, such as Towards a People’s Europe (1999) on personal budgets, or care for unaccompanied minors in 2005. Since 2006, ESN has been a strategic partner of DG Employment, Social Affairs & Inclusion and has signed several framework partnership agreements to support the European Commission’s social inclusion agenda. As of 2018, ESN is based in Brussels.

ESN is now an ever-growing Network with over 125 member organisations in 33 European countries and supports the sharing of knowledge, practice and policies between social services across Europe. We enable knowledge sharing and building through multiple events and publications aimed at developing best practice guidelines and policy recommendations across themes. These include important target groups for social services, such as older people, people with disabilities, vulnerable children and young people as well as cross-cutting issues, such as the social services workforce, management, quality or evidence-based services.