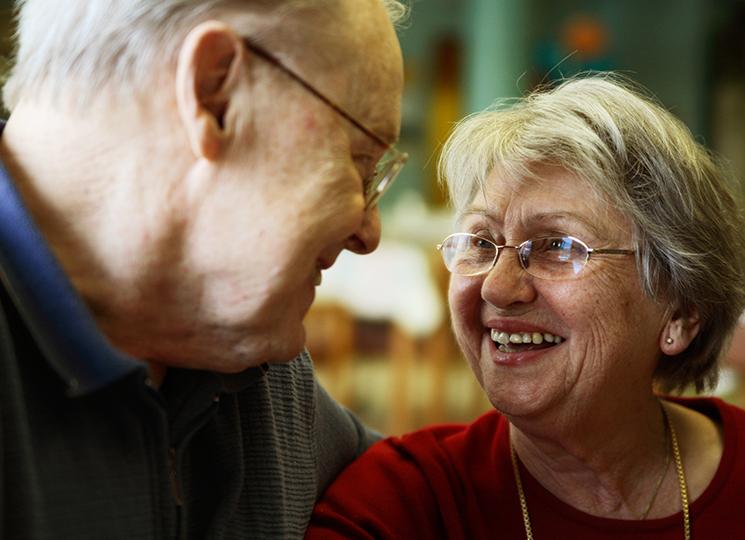 Abuse of older people is still all too prevalent across the EU. Especially vulnerable are those in health and long-term care. On 16 June, the European Commission, the Council of Europe, the European Network of National Human Rights Institutions (ENNHRI) and AGE Platform Europe, brought researchers, practitioners, policy-makers and advocacy organisations together to discuss this important topic.

Research shows that psychological abuse of older people is by far the most prevalent form of abuse. This is followed by physical, financial and sexual abuse in residential, community and home care settings. In addition, neglect and discrimination in access to health and social care services violate older people’s dignity and human rights. The testimony of one French woman, Marie-France about the abuse experienced by her mother, who suffers from dementia, illustrated this for the audience. From verbal abuse of neighbours to over-sedation in the care home to misuse of physical restraint – the experiences Marie-France described to the audience will be far too familiar to many older people in Europe.

The risk factors for abuse are well known, Katherine Hill from Age UK, reminded the audience at the event. Prominent among them are poor working conditions, insufficient training, overburdened care workers and insufficient implementation of guidelines and policies. Moreover, carers and care workers need to be well informed about the conditions of the person(s) they care for. This includes understanding why certain behaviours may occur and how to deal with them, plus the resulting tensions in the care relationship. Policies and guidelines at European, national, local and organisational level are important, but they will only be effective if staff feel confident to use them.

Respecting the dignity, human rights and self-determination of older people is the basis of the fight against abuse and neglect. Alicia Gomez Campos from ENNHRI pointed out that the insufficient implementation of rights-based approaches to care provision for older people, needs to be addressed. Article 19 of the Convention on the Rights for People with Disabilities (CRPD) can and should be applied to older people in need of care.

Fortunately, the event also highlighted positive changes and good practice. In her contribution to the panel discussion on examples of innovative policies and practices to tackle abuse, ESN’s Policy Officer Dorothea Baltruks presented the working group for care professionals to prevent elder abuse that our member the Barcelona Provincial Council has implemented. The inter-agency and interdisciplinary training group focuses on the detection, prevention and action on abuse of older people, and has empowered professionals and thereby improved care, Dorothea summarised.

Sergio Murillo from the Government of Biscay (also an ESN member) presented their new life-project facilitating approach to long-term care that respects human rights and the dignity of older people, and creates an age-friendly environment. Therefore, the event concluded that fighting abuse of older people is complex and difficult, but there are many examples at European, national, regional and local level we can learn from.