Citizens’ AGORA on Crises and Poverties at the European Parliament 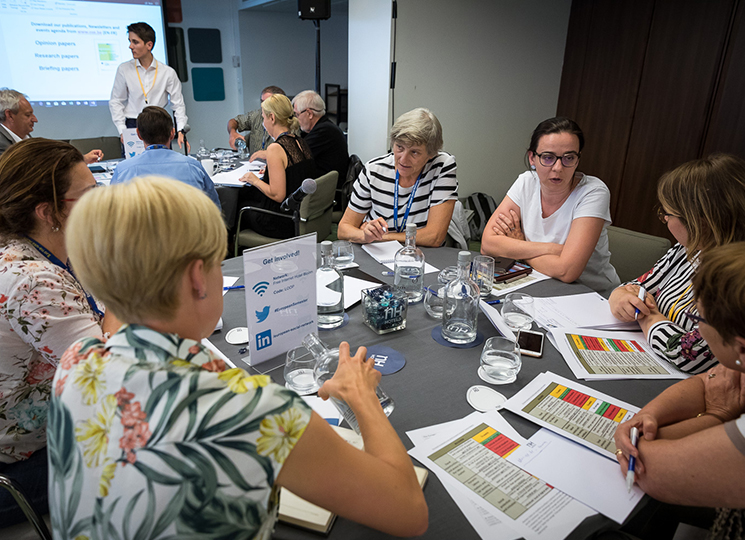 Many faces of poverty

The different faces of the crisis and poverty were discussed at the 3rd Citizens’ AGORA organized at the European Parliament on 27-28 January 2011. Addressing the opening session, the Parliament’s President Jerzy Buzek stressed the importance of the AGORA meeting as a tool for participatory democracy: “The very name Agora (a place of assembly for the people in ancient Greece) is very important because it takes us to the very roots of European democracy.”

Staffan Nilsson, President of the European Economic and Social Committee, called on the EU to “engage people for a sustainable Europe.” Since we are facing a “social challenge triggered by the financial crisis,” combating poverty should be placed high on the political agenda, he said. MercédèsBresso, President of the Committee of the Regions, highlighted the “importance of the territorial side,” since “local authorities have a crucial role to play" in combating poverty.

PéterGyörkös, representing the Hungarian Presidency, highlighted that combating poverty is a “driving component” of the Presidency. “In order to get out of this crisis we need a wholly new set of tools,” Mr.Györkös said. Isabelle Durant MEP, Co-chair of the AGORA, called on the three workshops taking place during the meeting to produce specific proposals upon which MEPs could act.

Poverty has many faces but youth are among the hardest hit in many countries: “Poverty affects around 85 million people, or 17% of the EU's population. The risk of poverty is greater for children and young people up to 17 years of age (20%)”, according to the EP Resolution on minimum income schemes to combat poverty, drafted by IlgaFigueiredoMEP.At the workshop, Ms.Figueiredo insisted that increasing poverty also implies increasing discrimination of women and children if families do not have access to basic public services.

On the occasion of the AGORA meeting, Eurochild also launched a report on the heavy impact on children and young people based on evidence collected through its membership. Eurochild Secretary General, Jana Hainsworth said: “The evidence from across Europe is extremely worrying. Vulnerable children and families are the biggest losers from current austerity measures and the effects will be felt long into the future. Politicians need to wake up from their short-sighted vision and take action to avoid a lost generation.”