What makes for a good place to grow older? 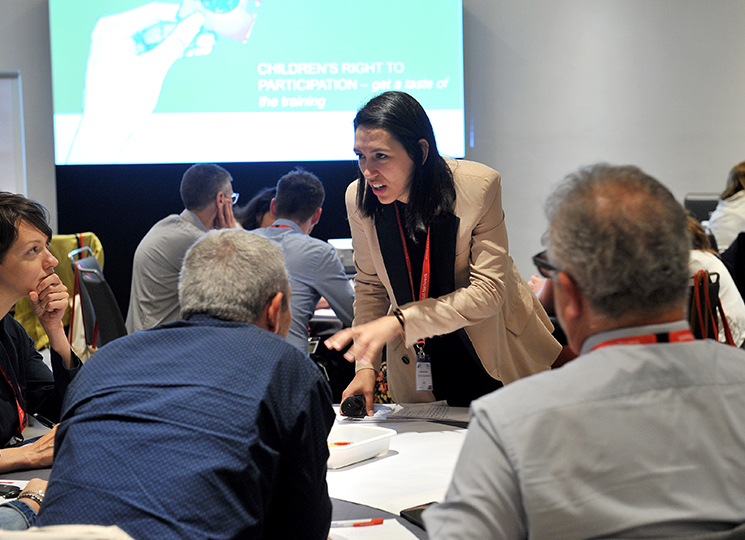 The first social policy peer review of 2011 focused on what makes somewhere 'a good place to grow older'. Hosted by the UK government’s Department for Work and Pensions, it took place in London on 18-19 January.

Delegates from Denmark, Cyprus, Finland, Hungary, Romania, and Spain heard about the broader UK and EU policy context before learning how Manchester had become the UK's first WHO-certified age-friendly city. Paul McGarry from the City Council said: “If you ask older people about their communities, the top three issues for them are community safety, transport and the physical environment. Yet too often in local government, we think of them as care users; we should be thinking about them as citizens and peers.”

Later that day the group headed out to the London Borough of Tower Hamlets in East London to see two outreach projects. "I came here by accident one day six years ago, and now I do a lot of art activities, that I didn't know I could do," one older man, a regular at the Sundial Centre, told the group.

Dropping in at St Matthias Community Centre a little later that day the delegates caught the end of a bingo game and then had a chance to talk with some of the older people. Elizabeth had come for the first time thanks to a friend of her daughter's. She got chatting to delegates: "I want to be busy. I moved down here to live with my daughter and I miss my friends, but this seems like a friendly place, and ‘if you're friendly, you make friends,' that's what I say!"

Stephen Barnett and Reinhard Pohlmann (City of Dortmund) represented ESN at the peer review, with a presentation and paper based on responses from five ESN members about what makes somewhere a good place to grow older. “I worked in ESN’s long-term care working group and it was our view that ageing shouldn’t be seen as a negative thing; people are living longer and healthier lives, that is a good thing and an opportunity for society.” Reinhard Pohlmann told the delegates.

Delegates also discussed issues including: the transferability of ‘pilot projects’ into nationwide policy; the profile of older people in public perceptions; different models of engagement with older people either through civil society or through government-sponsored representative forums.

Clemens Tesch-Römer, an ageing expert from the German Centre for Gerontology, said in his closing remarks: “We need to start saying ‘we’ when we talk about older people, demographic change and an ageing society: we are all ageing.”

The European Social Network (ESN) is a regular participant in EU peer reviews and very supportive of this model of mutual learning. ESN responses to other peer reviews can be be viewed here.