Funding for transformation: the role of social investment in driving reform in social services 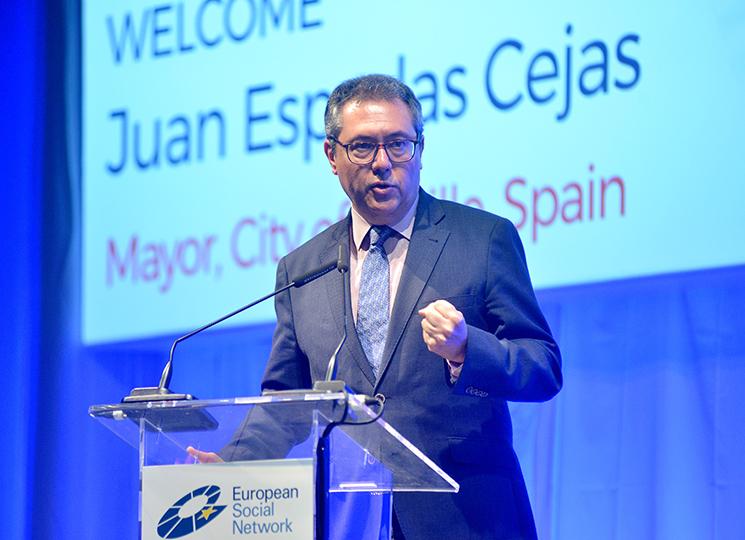 This article is also available in English, Español, Deutsch, Français, Italiano and Polski.

Journalists know that often it can be just one case study, or even a single image, that succeeds in changing hearts and minds when argument, research and data have all failed. As delegates gathered for the 26th European Social Services Conference in Seville, the heroism of one person was the topic of much conversation.

That person was Mamoudou Gassama, a 22-year-old migrant from Mali living in France without the correct paperwork, who astonished us all that weekend by climbing four floors up the outside of a Paris apartment building to rescue a child dangling perilously from a balcony. Within 48 hours, he had met French president Emmanuel Macron to be officially thanked, granted citizenship and steered towards a career in the fire service.

The episode, captured on video by passers-by and shared around the world on social media, offered one obvious lesson about attitudes towards migrants. Integration of young migrants was the topic of the Nordic Day that opened the conference with a discussion on the role of social services in supporting young migrants’ inclusion across Europe, as an example of social investment.

Over the three days of the conference, much debate focused on how to move social services forward a decade after the global economic crisis and the austerity policies that resulted from it across Europe. Our themes were social investment, innovation and transformation in social services, all of which work best when they are fostered by a combination of national and local initiative, the support of private expertise, and successful engagement of civil society.

In one of the conference’s most inspiring presentations, Amalia Zepou, vice mayor for civil society and innovation in Athens, Greece, described how she had led moves to harness the power of civil society to address the severe challenges that the city still faces after the economic crisis and the more recent arrival of migrants. More than 3,000 different activities involving some 400 groups, most of them informal associations of citizens, had been identified, co-ordinated via an online platform, SynAthina, and given some limited support to help make them more effective.

One vivid example she gave was of a mobile laundry, fitted in the back of a van, which visits neighbourhoods where migrants live, to enable them to wash their clothes free of charge. The city authorities provide locations with water and other facilities. Like all the activities that had been mapped, said Zepou, it operated with “almost no budget at all”.

The conference heard also from Ibrahim Al-Shaer, minister of social development for Palestine, who spoke of developing a similar “asset-based” approach to tackling the state’s deep-seated challenges. “In the past we used to give people cash,” he said. “Now it’s a bottom-up approach: we work with the families; we adopt case management methodology; we try to identify the priorities and needs of the people, but also their hidden capabilities.”

If focusing on people’s assets, rather than simply their deficits, was one key strand of discussions in Seville, another was the critical importance of intervention in childhood.  Zornitsa Roussinova, Bulgaria’s deputy labour minister, said this had been a priority of her country’s presidency of the EU Council this year. If you fail to deliver high-quality services for children, she argued, you store up greater problems for when they become young people and older adults.

Two of the conference’s most passionate speakers underlined this point. Herminia Palacio, deputy mayor for health and human services in New York City described how the city authority – which she said increasingly found itself filling gaps in social policy left by national government – had guaranteed free education for all four-year-olds and was now introducing it at age three. “You cannot build a healthy society without weaving a strong social fabric,” she said.

Olivier Noblecourt, appointed by French President Emmanuel Macron as inter-ministerial delegate for preventing and combatting child and youth poverty, said working intensively on language development and socialisation in early childhood would be a main plank of the ambitious 12-year strategy he was finalising to reduce the number of children living in poverty in France, currently one child in five.

3.     Building partnerships for investment and transformation

A third strand running through many of the conference sessions, and the vibrant networking alongside them, was the essential need for partnerships to deliver effective investment, innovation and transformation. Some of the most successful outcomes, delegates heard, resulted from initiatives that were backed jointly by national and regional authorities, and supported by private-sector expertise.

Karine Lycops, social services director in Genk, Belgium, which is a community rebuilding its economy after the loss of the heavy industry that once provided many jobs, described how her centre for social welfare, working with two private-sector partners, had gone “back to basics” in engaging people to explore and understand their real needs. As she put it: “If people have one problem, they don’t always know that there are other problems behind that.”

Some of the most successful initiatives are not only plugged in to civil society, but co-produced with the children and adults they are designed to help. One of the conference’s most energetic sessions, hosted by the Centre for Excellence for Looked After Children in Scotland (CELCIS), featured young people with lived experience of the care system who are now not only consulted about services, but are involved in the Scottish system of regulation and inspection. Similar examples from France and Malta were also featured at this session.

Whilst acknowledging the key importance of safety, we listened to practice examples from the Basque Country and Scotland where new models of care are being implemented which support social services staff to be confident in empowering older people to take positive risks that benefit them.

Technology is both our friend and adversary in promoting innovation in social services. With increasing technology use, it is crucial to invest in building people’s IT skills, while professionals’ training must adapt to include new processes and issues around the use of technology, privacy and safety.

David Nelson, head of global strategy for government, health and human services at tech supplier IBM Watson Health, described how AI (artificial intelligence) could enable a social worker to comb through months or even years of case notes in an instant to identify a family’s risks or strengths.

Christian Bodewig, programme leader at the World Bank, foreshadowed a time – not far off – when products currently produced by human labour would instead routinely be 3-D printed.

This coming reality raises fundamental questions for economies and societies, Bodewig warned. “We really need to make sure that no future worker is left behind.”

There was a clear sense in Seville that social services professionals are starting to lift their heads and think positively and creatively about services again after the long fiscal crisis. Some of the 39 countries represented were evidently better placed than others to do so, but the pace of economic, social and demographic change allows none of us to stand still.

This briefing has been drafted by David Brindle, public services editor of the UK’s Guardian newspaper and moderator of the concluding session of the 26th European Social Services Conference, and edited by Alfonso Lara Montero, ESN’s CEO. 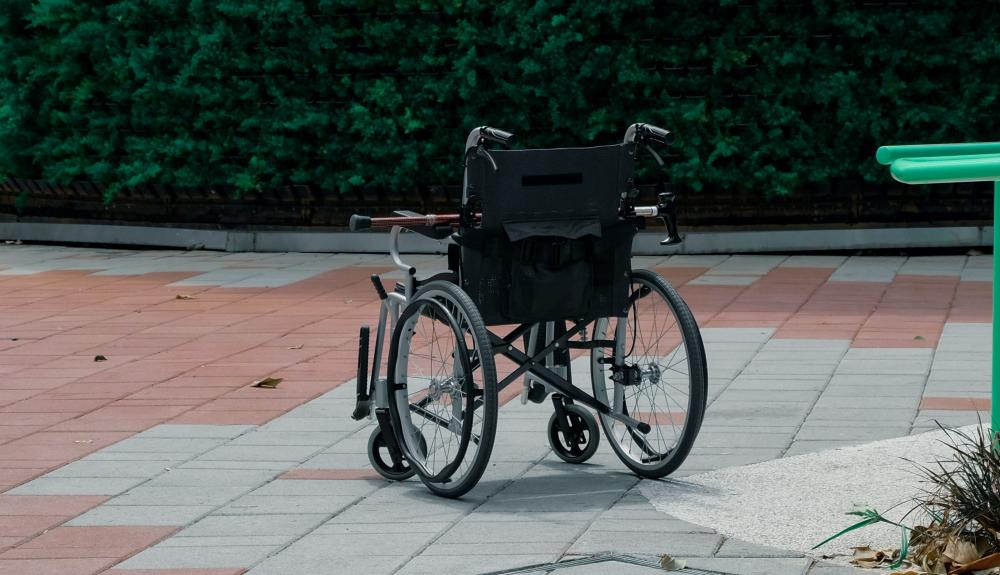 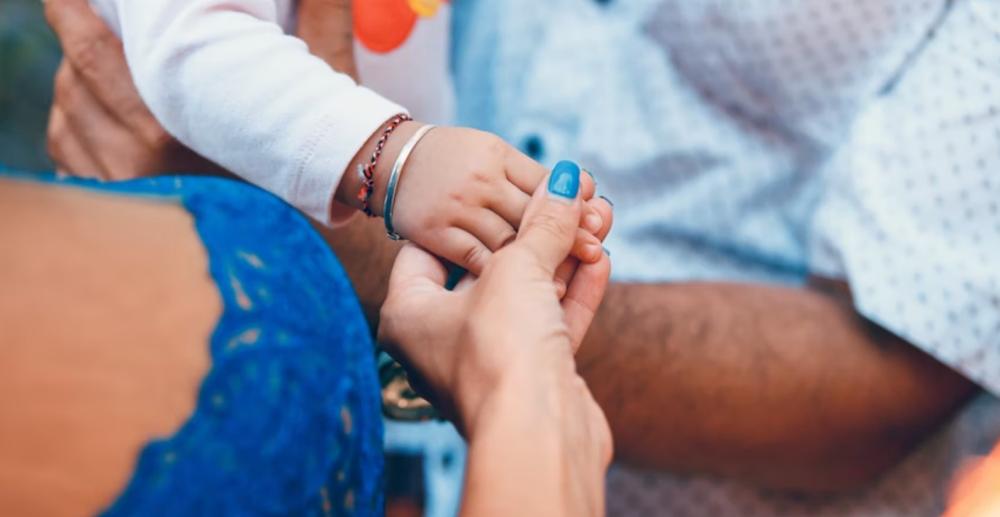