What is the state of play for children’s services in Europe in 2018? 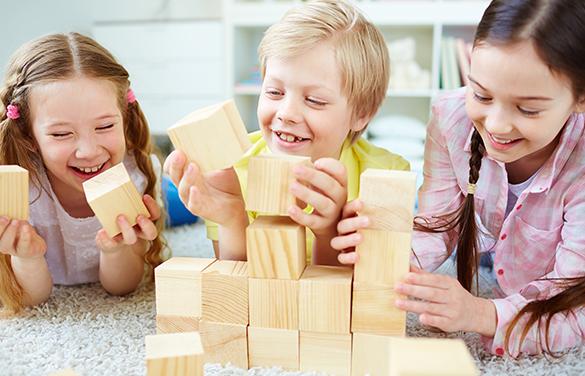 As we start 2018, the OECD’s report ‘Education at a Glance: OECD Indicators’ and the European Agency for Special Needs and Inclusive Education (EASNIE) report on 'Inclusive education for learners with disabilities', are important barometers of progress. The reports provide data on developments in education and children’s services and indicate that challenges identified by the European Social Network (ESN) in its 2016 publication ‘Investing in Children’s Services, Improving Outcomes’ remain pertinent.

The OECD reports that 90% of four year olds are enrolled in early childhood education and care services (ECEC) in the EU. However, the enrolment rate varies from 98% or higher in Belgium, Denmark, France, and the UK, to less than 50% in Greece. The OECD also notes that coverage is weaker for children under four across the EU compared to four year olds. This corresponds with ESN’s findings that the provision of ECEC drops off considerably for children under four years old in a number of EU Member States. For example in Italy there are 155,404 nursery places for an estimated 737,000 eligible children under three years old.

The report builds on evidence that ECEC has significant long-term benefits, with at least two years enrolment leading to higher results in PISA tests. However, its impact depends heavily upon quality. Specifically, longer duration of ECEC, smaller child-teacher ratios, better qualified practitioners, and greater public investment into ECEC per child are all factors. Across OECD countries the child-teacher ratio ranges from 20 children per teacher in France to fewer than 10 in Iceland, Slovenia and Sweden. The level of expenditure on ECEC also varies. On average it is 0.8% of GDP but ranges from less than 0.3% in Ireland, Switzerland and Turkey to over 1.7% in Iceland, Norway and Sweden.

Fully inclusive education systems yet to be realised

The EASNIE statistics indicate that 52.68% of children who have an official special education need are placed in a mainstream setting. The data also shows that there appears to be an increase of special classes within mainstream schools, as opposed to fully separate special schools. This demonstrates progress, but it is not a fully inclusive system.

ESN has found that that a number of challenges hinder implementation. In Europe there are insufficient numbers of teachers who have received training to support more inclusive education as well as significant regional differences within countries and an enduring prevalence of separate specialist schools.

The role of the EU in promoting inclusive education

The European Pillar of Social Rights (EPSR), a landmark EU development in social affairs, could play a role in promoting quality, affordable and accessible ECEC among Member States and more inclusive education. Relevant principles of the EPSR for children’s services are:

The EPSR will largely be implemented through the annual cycle of policy coordination between the EU and Member States, the European Semester. The first step of the 2018 cycle included greater focus on social issues, recognising the importance that Member States develop affordable, accessible and quality services in ECEC.

The lessons from the OEDC and EANSIE reports are clear. The OECD has re-affirmed the importance of good quality ECEC for children’s prospects, and the need to improve coverage in some countries, while the EASNIE report demonstrates slow progress on inclusive education. There is an opportunity to address these issues through the EPSR which could reinforce progress through policy recommendations to Member States. Nevertheless, the extent to which Member States will act on this is unclear given the non-binding nature of the European Semester.

The European Social Services Awards recognise excellence in social services and the extraordinary ongoing work done by those managing, planning and delivering public social services across Europe. The Awards will be community...

In the latest edition of the European Social Network’s (ESN) webinar series on COVID-19, ESN put the spotlight on how the virus impacted long-term care. Speakers from Austria, Germany, Hungary and Scotland discussed challenges and...